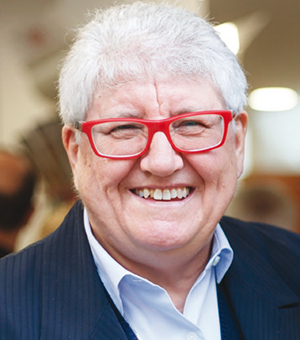 A picture of Mary, Queen of the Apostles, shown to me by a companion of Catholic Action, captivated me. She had received it as a gift from a Pauline sister from my city, Cagliari. Leaving the high school I was attending earlier than usual, I went to the Pauline bookshop and in the display window there was a book entitled “What if I became a nun?” The title intrigued me but what really fascinated me was seeing sisters at work in the bookstore. It was 29 April 1968 – the date on which I started to discover my vocation.

On 18 September of the same year, I entered the Congregation in Alba as an aspirant. Who would have imagined it? I could hardly believe it myself: me in the convent! I was attracted by the apostolate, the history of this new Congregation, the life of Fr. Alberione and Sr. Thecla, and by the photo that portrayed Maestra Thecla as a young woman. Her words beneath the picture penetrated my heart and even today, 53 years later, still accompany me:

“My wish is that each and every one of us will become very holy. We all should be interested in becoming saints. What do we want, what do we desire, we who have left everything (if it is really so…), other than God, souls, heaven?”

During the period of my formation in Alba from 1968 to 1974, the year in which I made my first profession, I was able to grasp and deepen my understanding of the charism of the Daughters of St. Paul and to discover the gift of the Pauline Family. Prima Maestra Thecla had passed away four years before I entered the Congregation, Primo Maestro was still in Rome, but I only witnessed him at his funeral in 1971. I was captivated by both of them, but I felt particularly guided and drawn to Thecla. I read the biography Thecla Merlo: A Life at the Service of the Gospel, written by Sr. Olga Ambrosi. I felt Maestra Thecla profoundly close to me. In Rome, during my juniorate, while studying at the Pontifical Gregorian University for a Master’s Degree in Religious Sciences, I asked Professor James Martina, sj, if I could do my thesis on Prima Maestra Thecla. He agreed and I focused on the theme: The Figure of Sr. Thecla Merlo, Co-foundress of the Daughters of St. Paul. It was another opportunity to get to know Maestra Thecla better and to delve into her writings, published in the internal circulars of the Institute from 1934-1964, the year of her death. In order to speak about Thecla, I needed to first present the figure of Fr. James Alberione, Founder of the Pauline Family, and explain his thought on women in the Church and in his Institutes. Throughout my research, I was guided by the profound conviction that today’s world does not need saints with extraordinary gifts, known for their privileged experiences (either real or invented by hagiographers) or by devotees who have followed their lives and supported their works. Saints of this type make imitation and perhaps even admiration difficult for our present age. Today we need to see that holiness is a universal vocation and that the Holy Spirit often works wonders not only in those who are his faithful instruments, but also in ordinary people, who serve as simple, humble, and well-trodden bridges, by which others can truly reach God.

In 1988, I was sent to Milan for an internship in journalism for the magazine entitled Jesus, published by the Society of St. Paul. February 1989 was the twenty-fifth anniversary of the death of Sister Thecla Merlo and I was entrusted with preparing a special edition of the magazine on her. It was an additional opportunity/gift to not only deepen but to make known this woman who had opened a new path in the Church of the twentieth century and who, unfortunately, even today is not well known. The special edition was published in Italian, English, Spanish and French.

Sr. Thecla was not a simple executor of Fr. Alberione’s thought, as we are sometimes led to believe. She marked out a historical path that we Daughters of St. Paul need to rediscover today more than ever. Today is a time for greater faith, perhaps even more than in the beginnings, because today we lack vocations for an apostolate that is always timely and urgent. Reflecting on Prima Maestra, who “lived the modern apostolate as a contemplative” with her eyes and heart always turned towards Jesus Master, Mary, Queen of the Apostles and Saint Paul, we rediscover together a taste for what is good and continue to strain ahead. Age, illness and fatigue are part of the human story, but we believe in the words of Prima Maestra: “The Lord does not give you what you ask for, but what you believe in.”