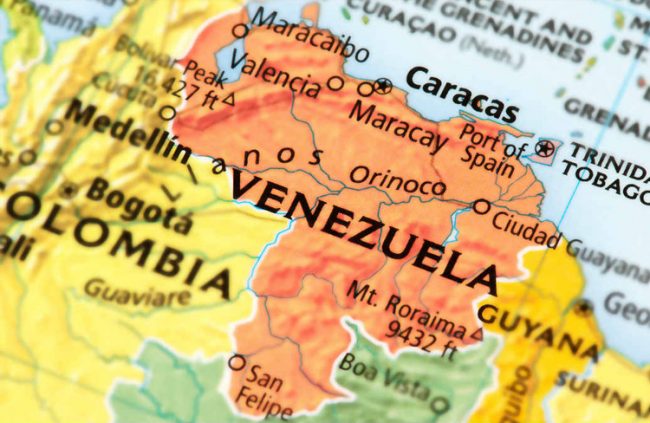 We would like to share with our readers the account of Sr. Graziana Lo Scialpo, fsp, concerning what happened to her when she was a missionary in Venezuela:

The date was 3 August 1965 and we were leaving Caracas to open the community of Barquisimeto. After collecting together the things we would need for those first days, we loaded everything into the car, including several large boxes of books that we would use to stock our temporary book center. We had also packed several pictures of the Divine Maser, the Queen of Apostles, St. Paul, and also Fr. Alberione and Sr. Thecla (whom we called “Prima Maestra”), who had died on 5 February 1964.

The day of our departure was beautiful and we left Caracas bright and early in the morning. We immediately got onto the highway for Barquisimeto and began our trip by singing the Magnificat, followed by a recital of Morning Prayer and the rosary. Four hours later, at about the halfway point of our journey, we noticed that our car was almost out of gas so we stopped to fill the tank. Afterward, we resumed our trip without realizing that in the process of filling the tank some gas had leaked down the side of the car and soaked its back wheel. A few kilometers later, we suddenly saw flames rising from the back of the car. I shouted at the sister who was driving to stop because the flames were already nearly two meters high. She shouted back at me: I cant stop! So I grabbed the brake, crying out in panic over and over again: “Prima Maestra, save us!”

The car jerked to a halt. When we got out to assess the situation, we saw that we had barely missed plunging into a ravine. Each of us grabbed whatever came to hand-aprons, grass, earth-in an effort to extinguish the fire, but without success. All of a sudden a pair of hands holding a large fire extinguisher thrust between us and with three or four powerful jets of water put out the flames. What a relief! We turned immediately to thank our savior but to our amazement we saw that we were the only ones on the scene-no one else was around anywhere. I exclaimed spontaneously: “Thank you, Prima Maestra! Through your intercession the Lord saved us from falling into the ravine and from being burned to death!”

While we were collecting our scattered belongings from the road to clean them off and reload them in the car, two carloads of forest rangers arrived. When they saw our fear and agitation, they stopped and asked us what had happened. We told them about our adventure and they exclaimed: “Sisters, this was truly a miracle! Thank the Lord for having saved you!”

We truly feel that Prima Maestra is our loving mother!