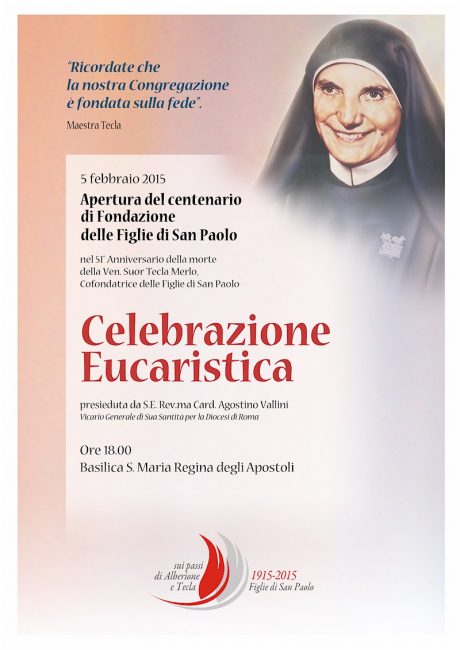 The Centenary of Foundation of the Daughters of St. Paul will open with a solemn Eucharistic Celebration on 5 February 2015, the 51st anniversary of the death of Venerable Sr. Thecla Merlo, Co-foundress of the Institute. The Liturgy will be celebrated in the Queen of Apostles Basilica by His Eminence Cardinal Agostino Vallini, Vicar General of the Diocese of Rome.